Through this project I created a series of terracotta clay forms in order to explore the issues surrounding woman portrayed in historical narrative especially that of Greek mythology. This project is important at this time because of the rewriting of the female narrative going on in our culture today especially in social media with the rise of the #metoo movement. 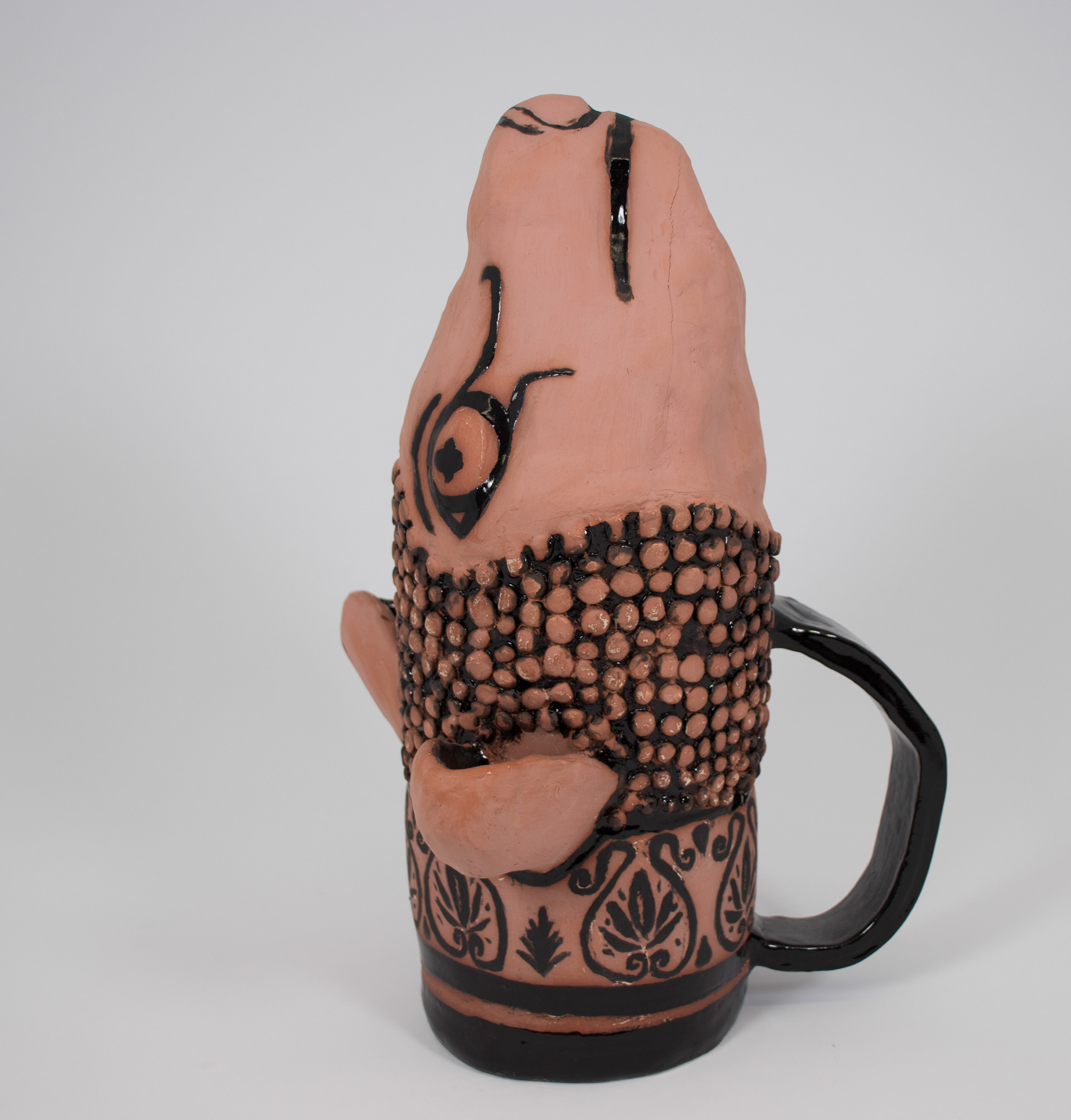 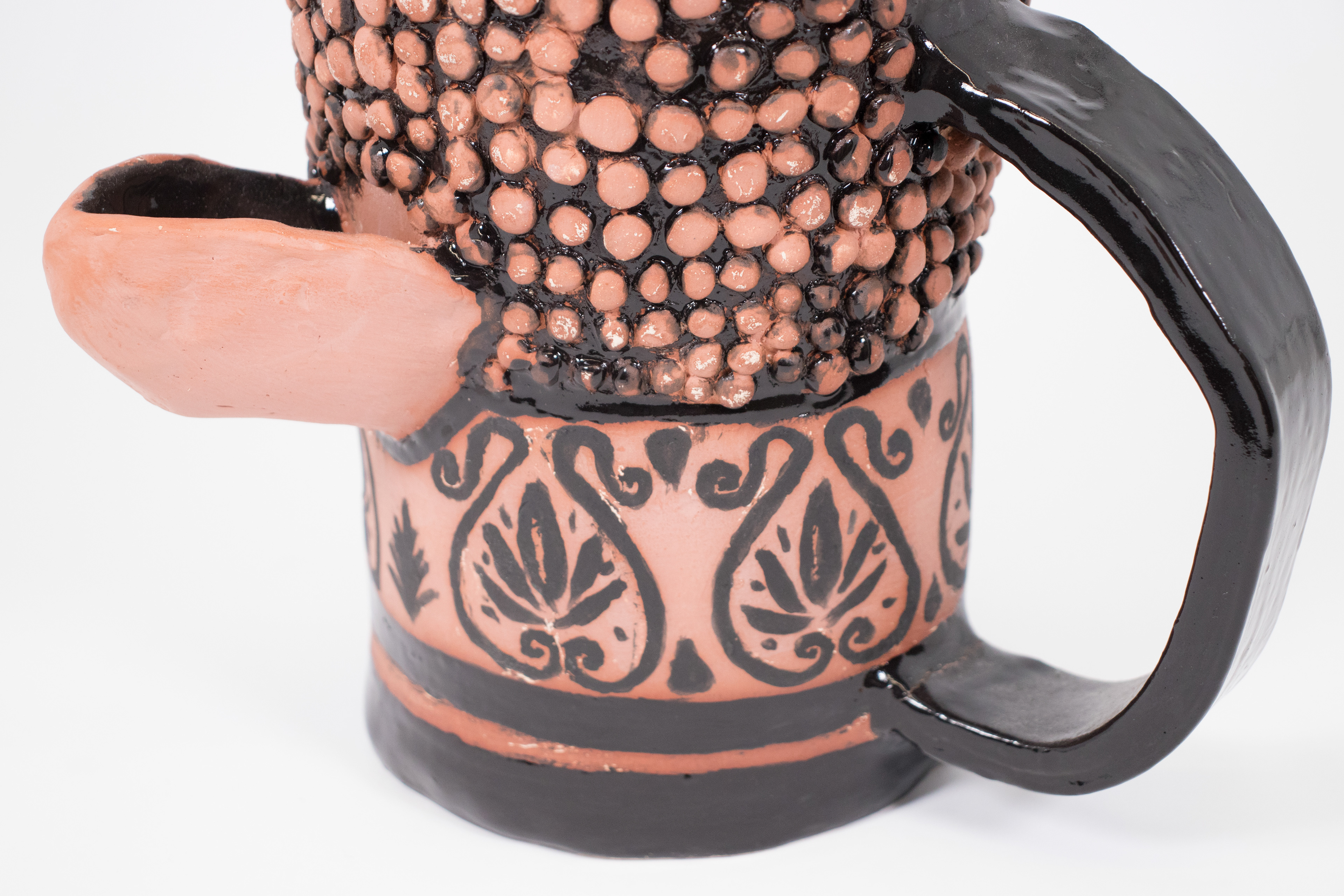 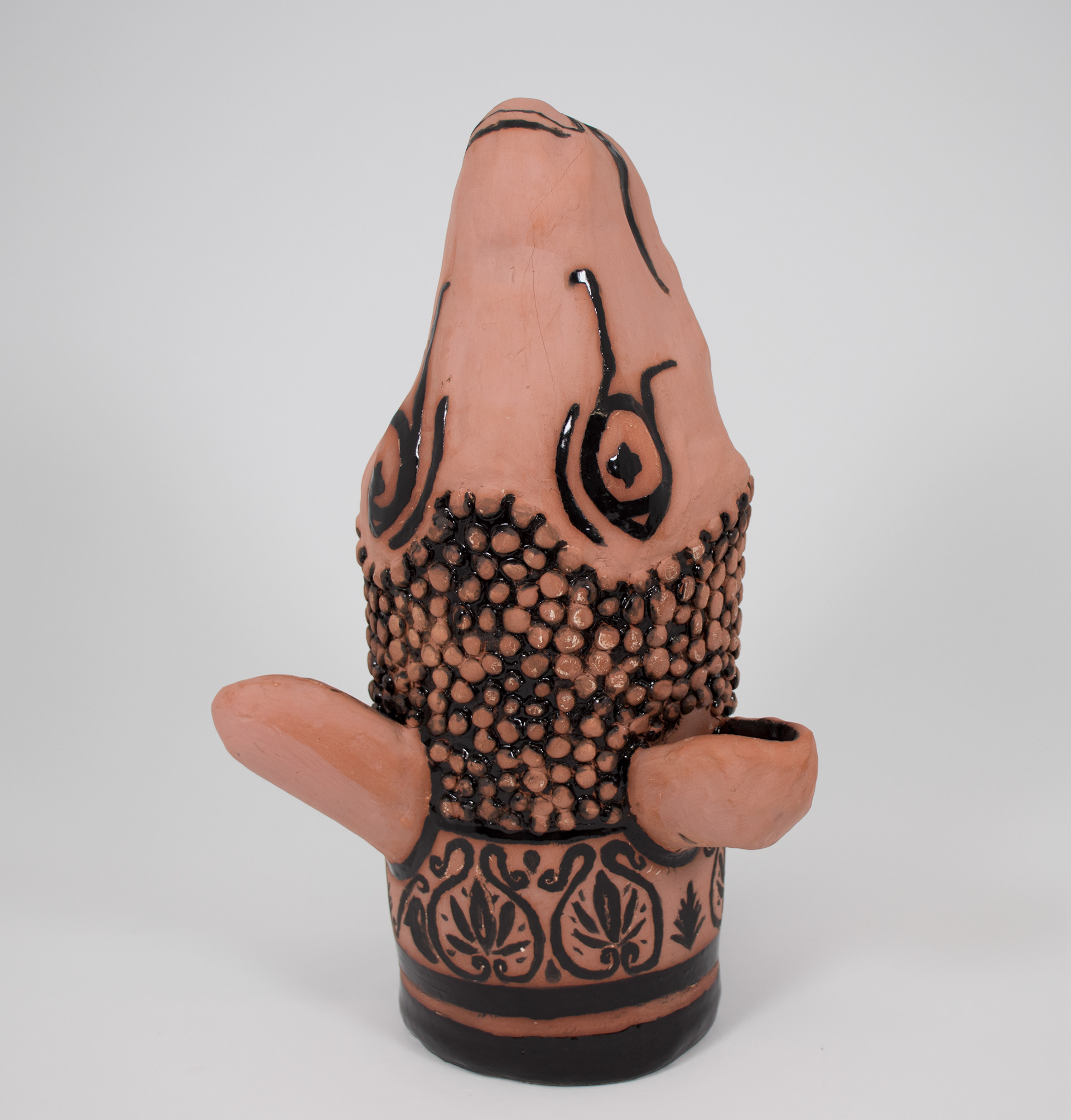 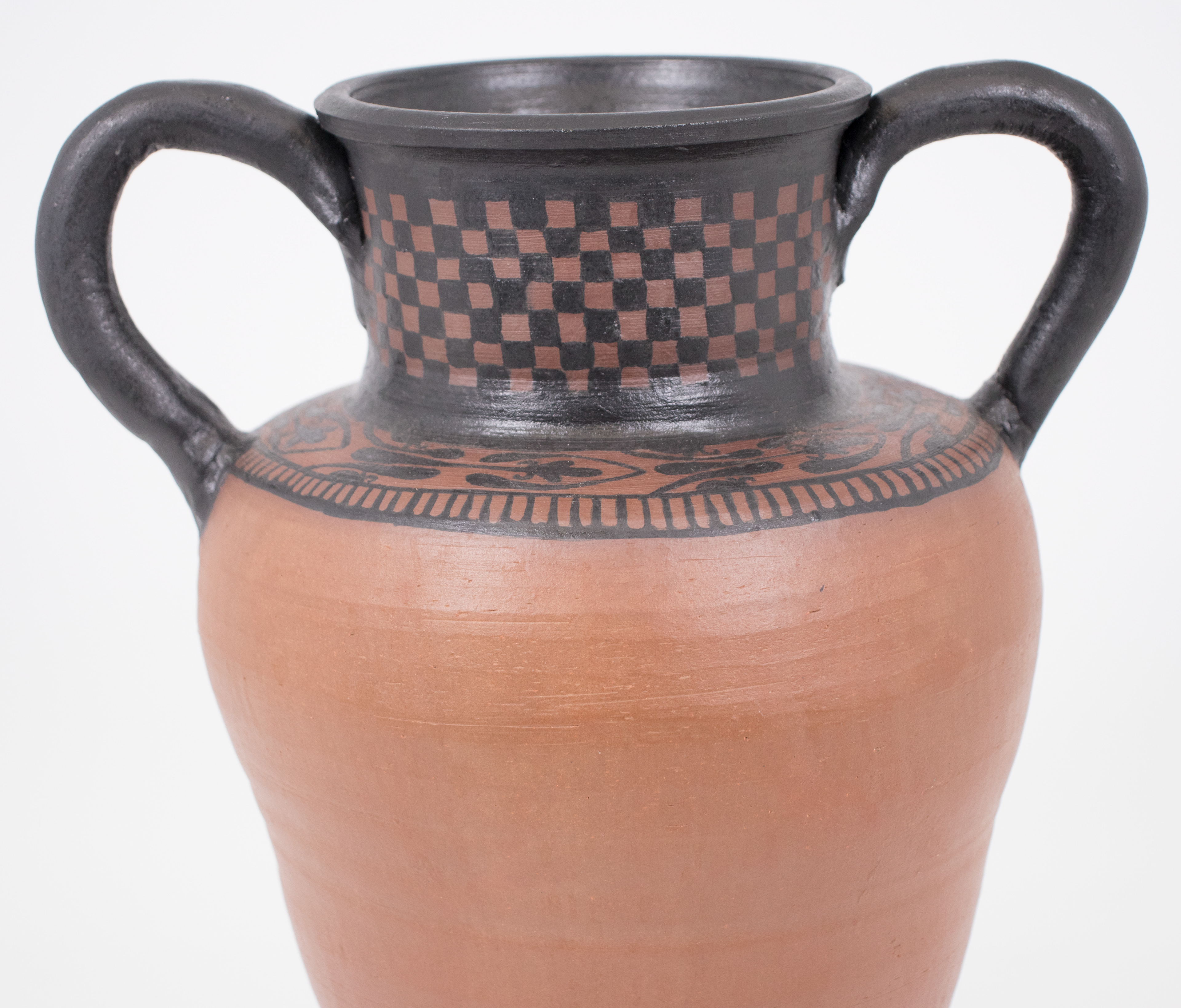 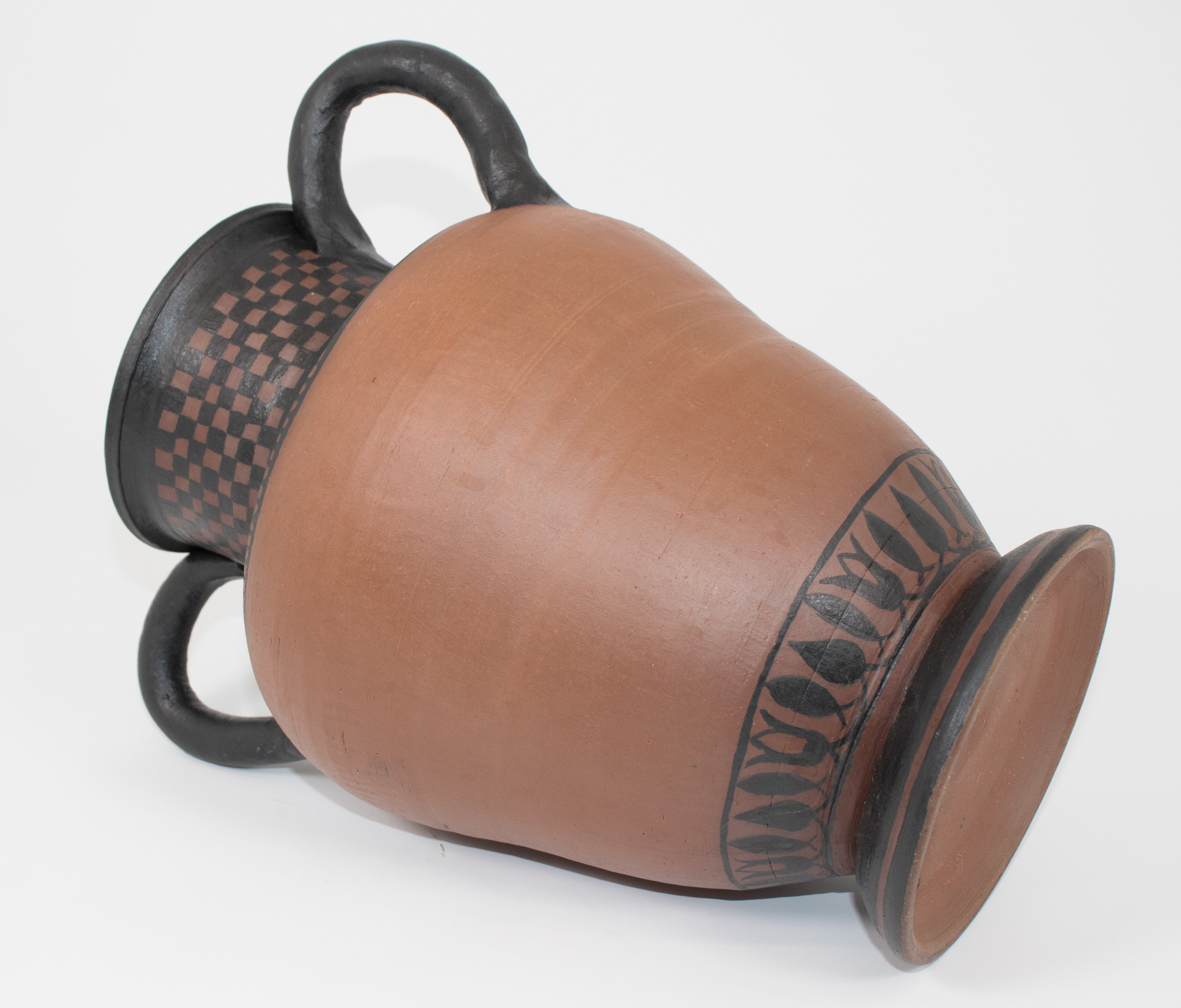 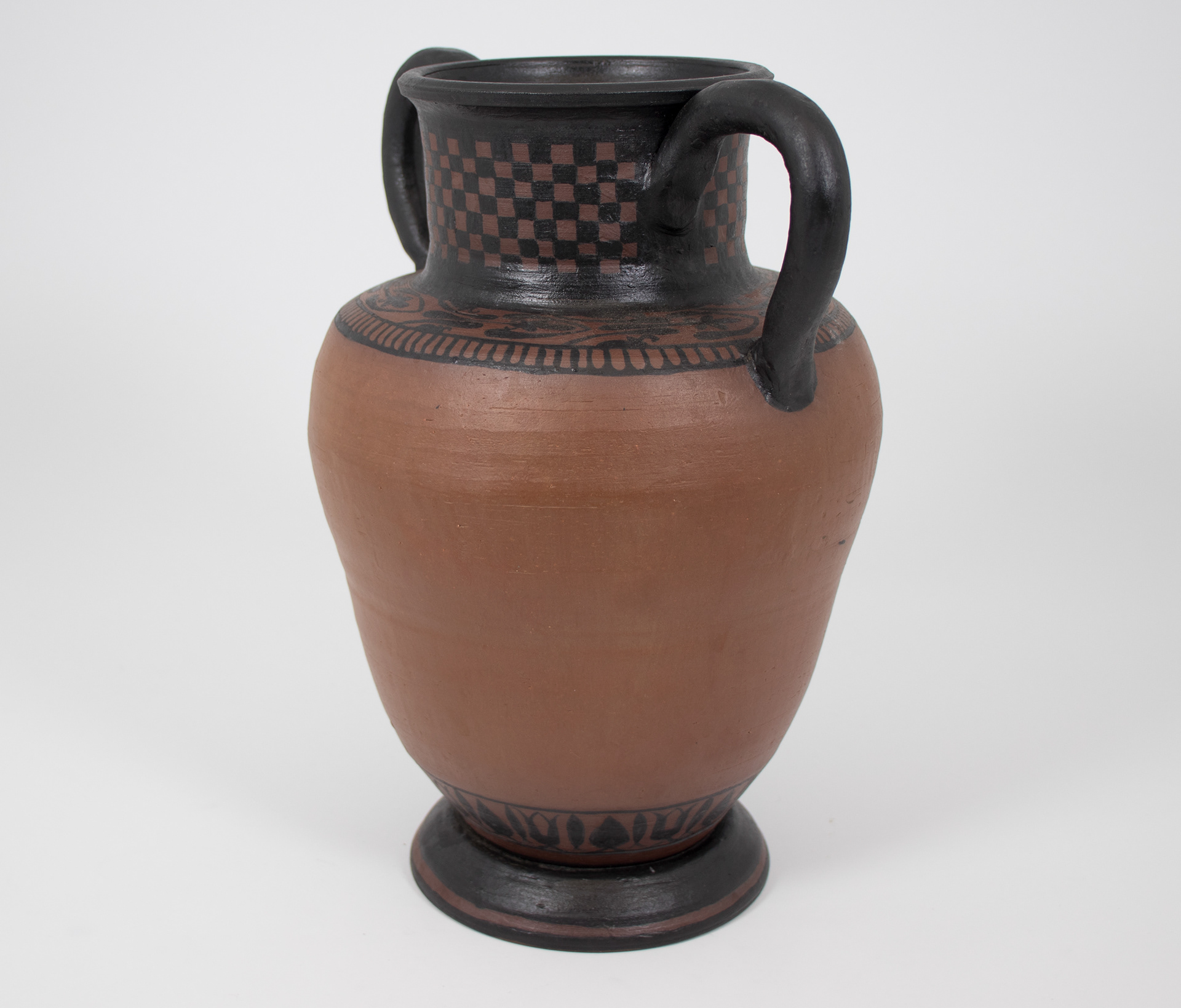 My project examines the tainted view history tends to shed on female characters of the past. I illustrated these ideas by taking a famous illustration from the ancient Greek vase rewrote it to accurately portray the actions of the woman rather than the stereotypical beliefs that the public believed of them and have followed them throughout history. The form of ceramic best represents this concept because it is the original story telling form for those of the ancient Greek time period.
The project addresses the question of how we view the characters of the past. History itself has shadowed stories with one of masculine and slut-shaming that is inaccurate and needs to be reexamined for future generations. The outcome of my project although not yet completed will potentially reveal not only the issues we have in our teachings of history and the stories we choose to highlight but also the underlying issue of why this is a reoccurring problem in our society.​​​​​​​

Hand-built Lamb Rhyton
To get to know the clay I hand-formed from coils a lamb rhyton. A rhyton is an ancient drinking vessel warriors typically used to drink wine from prior to a battle for good luck. Influenced by Persians; the lamb was a common Greek rhyton form along the dog, wolf, horse, donkey or mythical creature.
Made from terracotta clay. Burnished and fired. Hand painted with high fire black silk glaze. Fired to cone 09.

Form and Surface Study - Thrown Amphora
This piece was my first attempt at learning to throw an amphora vase form with terracotta. I had never thrown such a porous clay before so it was a learning process. Learning to throw such large forms was also new to me. Throwing and piecing shapes on top of others was done through trial and error as I had to get to know the drying time of the clay. The handles toke several attempts due to the difficulty of making them identical on each side. Once thrown and trimmed I experimented with different cone levels and patterning. I burnished this surface but only painted some patterns to see how the slip would turn out as a test. This clay turned out over-fired as visible from the dark red hue of the surface.
↑Back to Top